September is a busy month for Israel. (please note that many of the cities I have mentioned are linkable to wikipedia for information about the city) 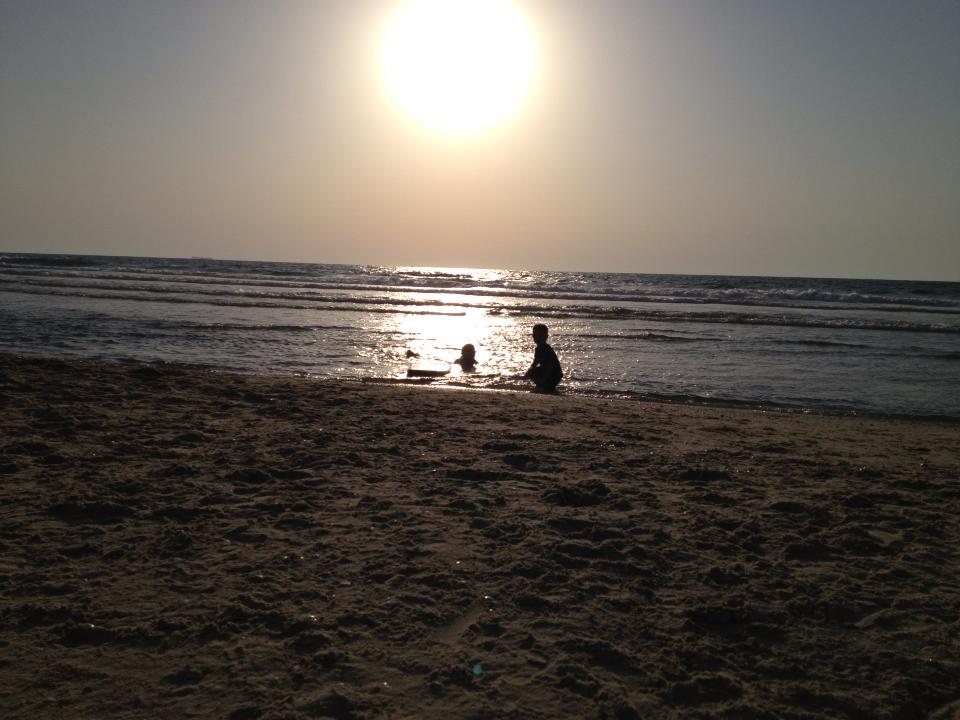 First Israel celebrated Yom Kippur, also known as Day of Atonement. It is the holiest day of the year for the Jewish people. Jews traditionally observe this holy day with 25 hour fasting and intensive prayer, often spending most of the day in synagogue services.

As we live in an Arab area we are not generally affected by the holiday's. But when it comes to Yom Kippur, all of Israel shuts down. Stores are closed, bus service stops, the airport closes, as a Jew you are not allowed to drive, or use any electronic devices. Jews also are required to fast for 25 hours. Needless to say there were a few emergency room visits, people passing out and hitting their heads and even a death of a child who fell into a ritual bathing pool. Yom Kippur also landed on the weekend, Friday and Saturday, so there was no days off of work to be missed for Jay.

We knew that Yom Kippur was one of the Holiest days for Jews, but we honestly didn't give it much thought as we headed out to Caesarea to hang out on the beach for a few hours. Then we got a phone call from a relative warning us about rock throwers and to be careful. We had second thoughts about going, but figured if we saw any danger we would just turn around and come home. The streets outside of town were oddly quiet, but there were still a few cars driving here and there. When we got to the beach, there were only about 20 other people. As the sun slowly set a few Jewish families showed up and set up huge encampments. A few other Arab families were there enjoying the peace and quiet of a Friday night on the beach. Around 8pm we decided that it was dark enough that we couldn't enjoy the beach any longer and headed out. What a strange drive home! From Caesarea to Marja, it's about 20 km (12.5 miles). The drive is on a typically busy road and then into the Arab village of Baqa el Gharbiyya and then onto our village of Marja. From Caesarea to Baqa, we passed 2 cars, more than likely other Arab families. It was very eerie driving along the road with no other cars any where around us. When we got home I happened to look out our large picture window, and noticed that things looked a little different. Then I realized why. Highway 6 was completely empty. One of the busiest highways in Israel was empty of cars. Not a solitary car passed by that night.

We did not run into any rock throwers that night, but the next day a relative of ours decided to go visit a friend in a large town south of here called Tayibe. On the way you pass by 3 Kibbutz, Bahan, Bat Hefer and Yad Hana. She had rocks thrown at her car as she passed by. Fortunately she was uninjured and was able to make it home with out any damage done to her car.

This week marks the start of Sukkot I will let Wikipedia explain that one for you. So far I have seen truck loads of palm fronts being driven all over the place, and one of the most interesting was when I visited a mall in Kfar Saba yesterday.  There are several restaurants outside of the mall. They had Sukkot huts set up outside so that if you wanted to enjoy a meal out and still be observant, you could dine in the hut. I wish I had taken a picture, but I was too embarrassed to feel like a weird American tourist taking pictures of the natives so to speak, but here is a picture from google of a similar one. But it was covered on the roof with palm fronds. 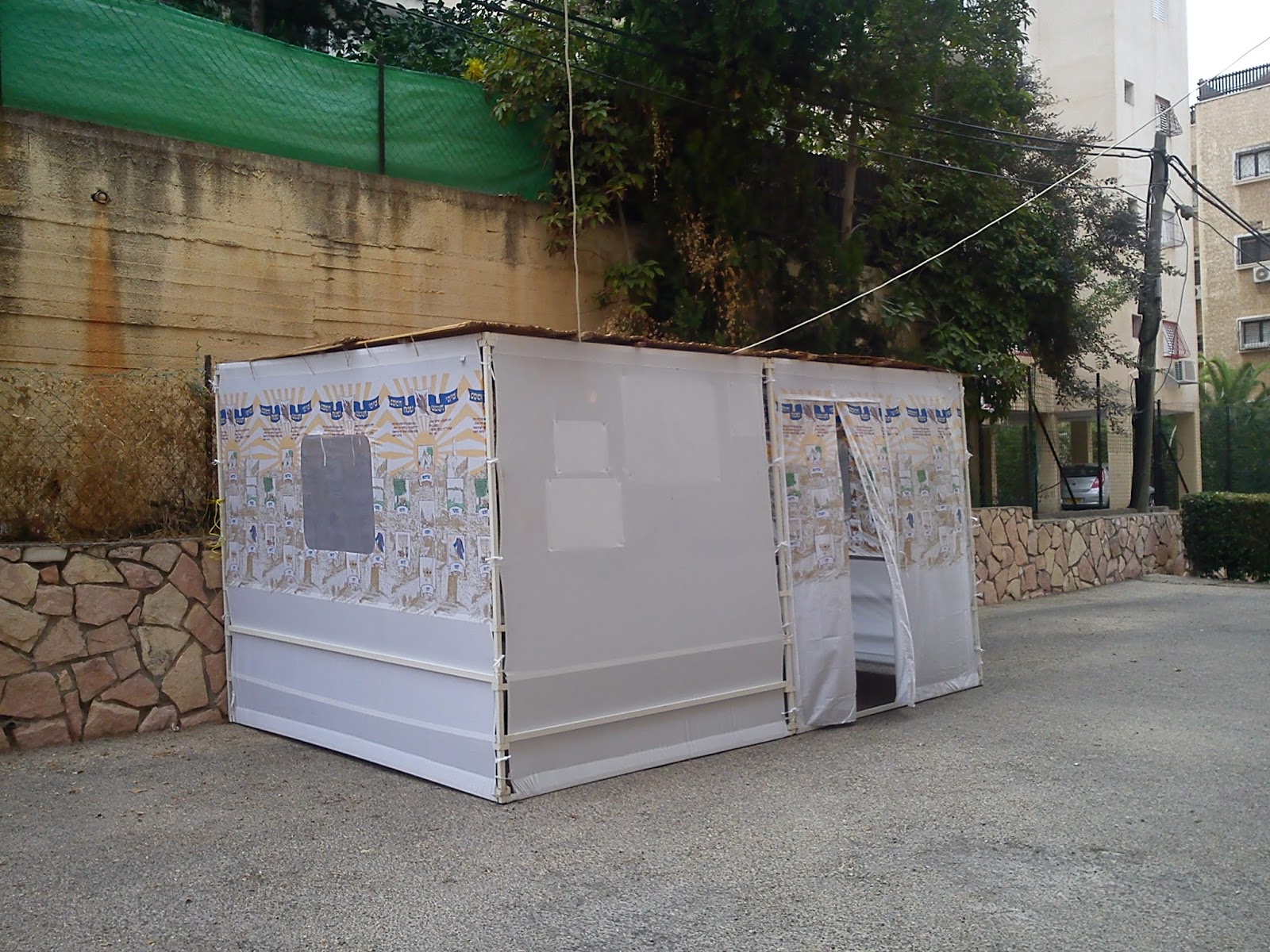