Words to live by when traveling in Amsterdam. Red=Dead.
The bike lanes are red, making easily distinguishable between the driving, parking, and walking lanes. I have never seen people ride bikes like they do over there. Fast, furious and with a goal in mind. They are very alert to their surroundings, and fully expect you to be as well. Never, ever stand in the bike lane, and make sure to double check before crossing!

Ok, on with the fun stuff. Today was museum day. When Lena and I were in London, I fell in love with Dutch artists. The Rijksmuseum fit the bill as I am not a big Van Gogh fan.
Since our hotel was next to Sloterdijk station, we had access to Trains, the Metro, buses and Trams. We were dying for some coffee, but Jay wanted to have some in a coffee shop more in the City. So we grabbed our 24 hour tram pass from the grocery store, and hopped on #12 which takes you right past the museums.
We got off a little early at Overtoom, and had coffee at de Koffiesalon. Then we wandered on to Vondelpark. You feel like you have entered a different era. I was waiting for a horse and carriage to trot by. It's like a mini Hyde park. Walking the entire park took about an hour. We sat and enjoyed the sunshine, laughed at dogs running in complete euphoria. 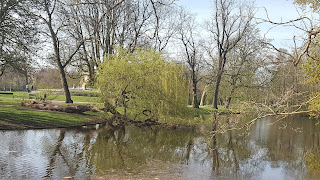 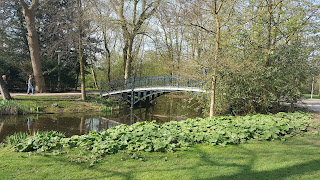 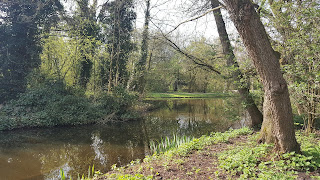 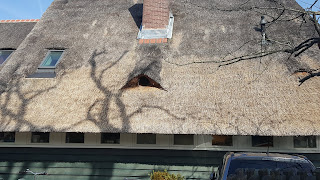 A real thatched roof! I was so excited! 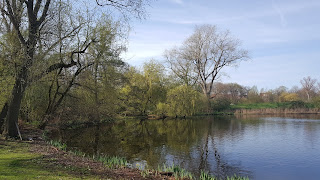 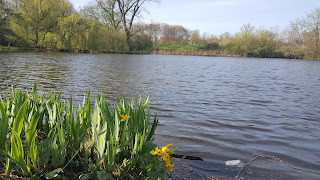 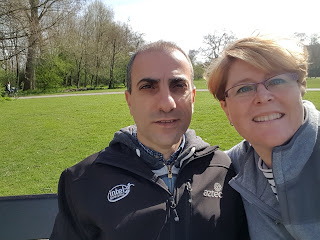 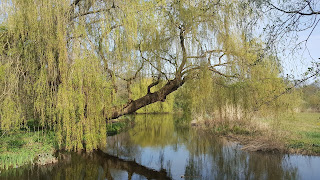 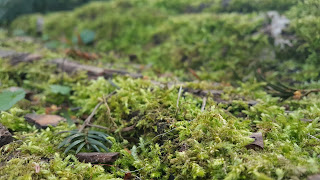 After enjoying the park we moved on down the street to Museumplein, Which is the area of the iamsterdam sign, the Van Gogh Museum and Rijksmuseum. People were out in droves enjoying the beautiful weather. 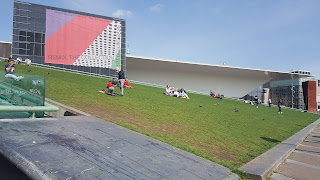 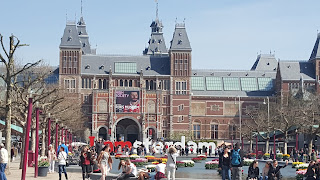 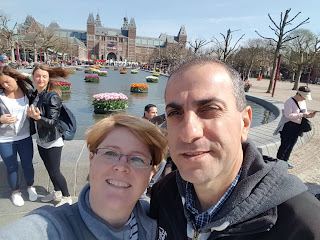 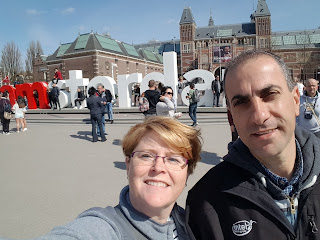 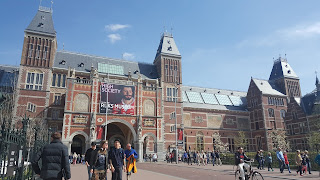 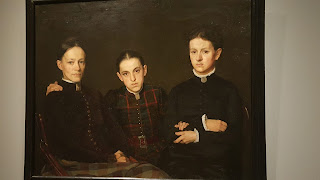 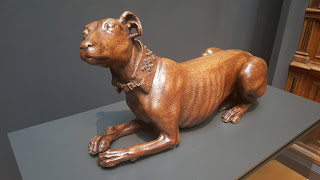 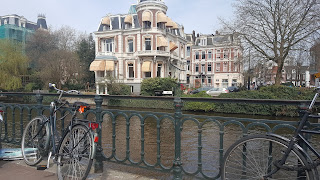 After all this, we were pretty hungry and ready for our mid-day rest. We got back on the tram and took it to the hotel. We decided that since the next day we were going to be out of town to Keukenhoff, it would be wise for us to pack a lunch and some snacks. We were told there was a larger grocery about a 10 minute walk from the hotel, so we set out to find it. We were glad we did! Everything was so inexpensive, and seeing that our hotel room had a kitchen, we bought pre-seasoned chicken to cook, salad makings, apples, smoked salmon, smoked mackerel, cheese, butter and some small potatoes. Headed back to the hotel, made ourselves some dinner, rested a little and headed out towards the Jordaan district (Tram #14). We were actually in search of a Coffeeshop that had been recommended. No, that is not a typo. In Amsterdam you have coffee at a Coffee Shop, and you can get marijuana at a Coffeeshop, no space. Jay was interested in trying edibles, as this would probably his only time in his life where it was legal to do so. HAHAHA! Unfortunately we arrived 30 minutes after they closed at the crazy hour of 8:00! We had an early morning the next day so we didn't want to spend too much time out that evening. However, we did manage to find Anne Frank's house. 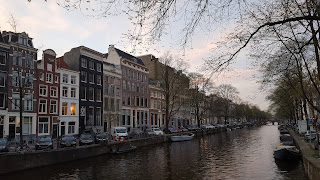 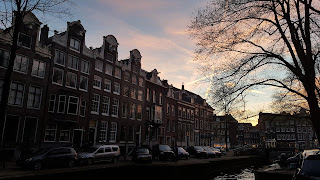 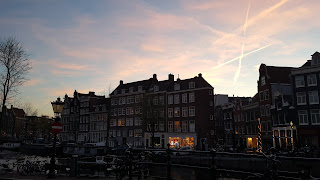 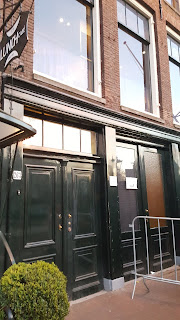 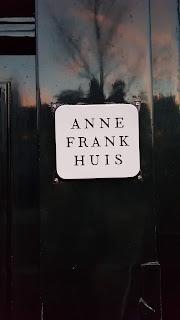 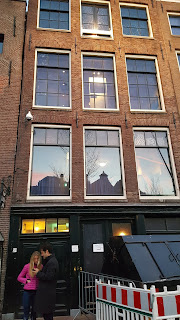 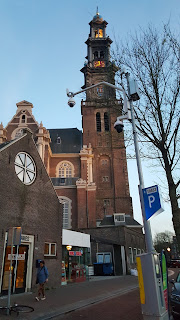 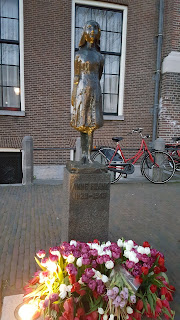 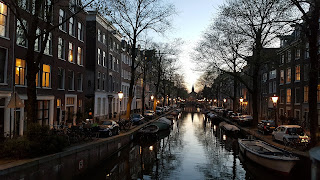 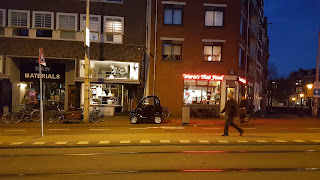 Here is a new version of the little red car. You can see the bike behind it. It is the same length of a bike and as tall as a man standing. It is apparently called a Canta. Click on the link to learn more about it! 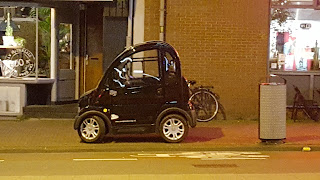 The only reason we found the house, was the other people taking pictures of the outside. We chose not to see it this trip, you have to prebook tickets well in advance, and I wasn't sure at the time that I wanted to be committed to such a small window of time for entry. So we snapped some pictures and listened to the bells ring in 9:00pm at the Westerkerk church, visited the Anne Frank memorial statue and headed out to catch the tram back home. We prepped our bags and got a good nights sleep for our adventure to Keukenhof!