The tulip was imported to Holland in the 16th century. Today there are over 3,000 registered varieties of tulips.
We had the great pleasure of being able to visit The Netherlands during the short period when Keukenhof is open. It is open a short 8 week period in the spring, March to May. The website states that they display 800 varieties. I seriously couldn't not have imagined there were more than we saw!
The actual opening times of the flowers all depends on the amount of rain and sunshine the flowers received, we arrived smack in the middle of the season, so about 80% of the flowers were in loom during our visit.
The best way to get to Keukenhof is by taking the train to Schipol Airport. There you can purchase a combination ticket that is for entry as well as transportation to and from Keukenhof. The buses run on regular intervals and there seemed to be no shortage.
While you CAN purchase a guided tour of Keukenhof through various places such as viator, I honestly do not see any point. Unless you are a massive flower enthusiast, walking leisurely through the park was all that was required. The bus takes about 30-45 minutes due to traffic, and once you arrive, it was a straight walk in. We were instantly awed by the beauty of the place, so were several thousand others. I was concerned that on such a warm day (it was going to be in the low 80's that day) the place was going to become overcrowded like a bad day at Disneyland. However, we severely underestimated it's size! 79 acres of flowers, grass, pavilions, wow! There was even a wedding taking place! 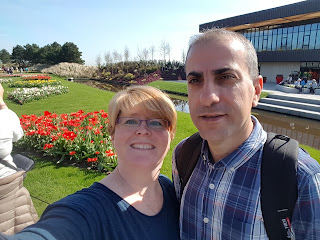 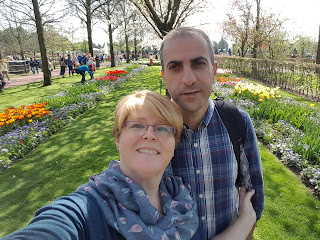 This scarf saved me from being seriously burned. I spread coconut oil all over my face and neck in the morning. It really helped prevent sunburn, my chin was the only part that got a little red.

I have to share some flower pictures, as they were all so incredibly beautiful, so I put them into collages to help save time. 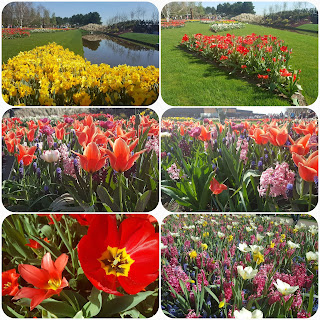 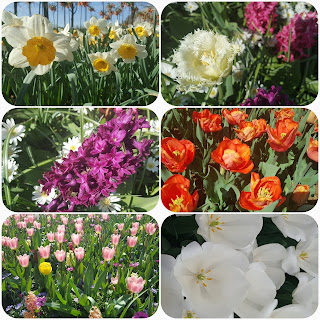 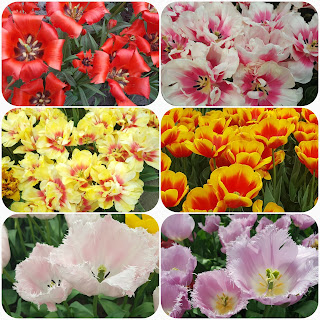 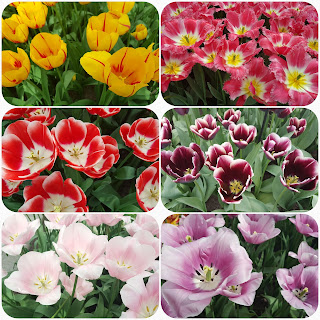 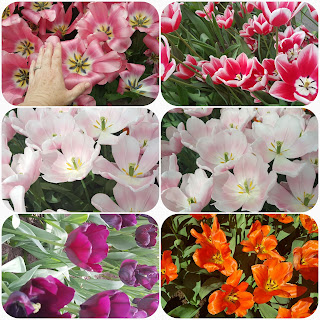 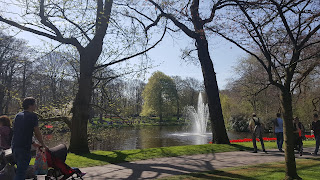 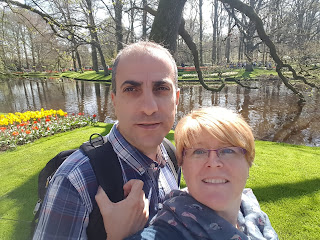 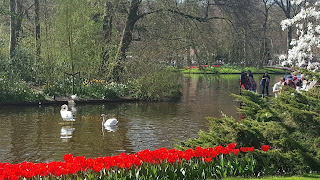 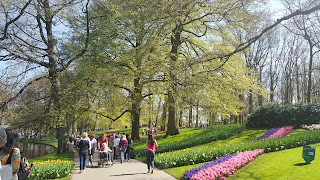 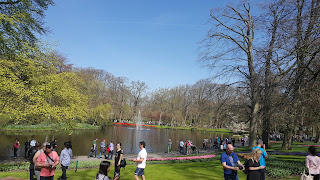 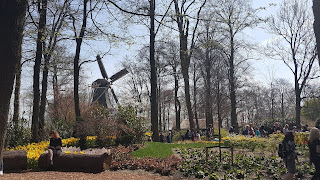 There was a working windmill on site as well.
I would HIGHLY suggest visiting Keukenhof, and making sure they are open during your visit.

After we returned back to Amsterdam, we did our usual rest up and headed into the city center to do some exploring. Jay mentioned that he should look for some clothes and I commented that there was a Primark nearby. 7 floors of clothing and house wears. He was shocked at the prices, 14 euro for jeans! he bought 3 pair. And 6 euro for shirts, he took 3 of those as well! I grabbed a few things for Zane and we headed out to finish our exploring. We had to be in bed early as we had a viator tour to join the next morning and wanted to be well rested. We grabbed some food at the grocery and had a nice meal in our room.