If you haven't figured it out by now, Lena is a big history freak. Especially about the Tudor's.
When I was 20 I took a solo trip to London. I fell in love with it. Later I returned with my husband.

Ever since, I have had literal dreams of taking Lena to London and sharing it's history with her.
Our dreams came true in May. All the stars aligned just right and I was able to get amazing tickets, a great hotel and of course, planned everything down to the nano second.

I am terrible in life organization, and homeschool organization, however when it comes down to planning trips, I don't want to miss a thing. (cue Aerosmith)

In my dreams I always come to a sudden realization that I forgot to go to a certain place that I have always wanted to show Lena. So I HAD to have everything well researched and planned out so there would be no opportunity to miss anything. 2 months before I started gathering information on Lena's MUST SEE list, added in a few things that I thought would be fun and created the ultimate master list. I would say we followed about 80% of it. Some days we were just plain exhausted.

The weather ended up being MUCH colder than we had planned for, even the Londoners were upset at the state of the weather. We made sure that this was not going to be a deterrent for us. We were blessed that it never rained.

One half mistake, but not really a mistake, was our flight. I am not 100% sure I would honestly do it over again, but here is the situation.

Lena has food allergies. So we had a choice. 1. Go with a great airline that we know and trust, deal with layovers, and no major transportation issues getting into London. 2. Go with the budget airline, hope for the best with the allergens and deal with transportation into London. (quicker in the long run) Same price for both flights. 1. 9 hours travel time 2. 5 hours travel time. 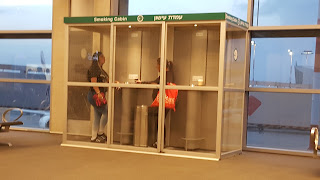 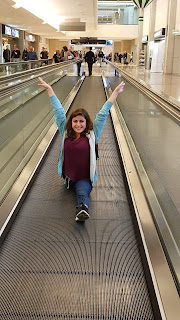 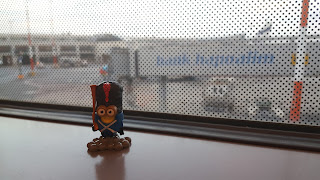 Stewart is ready to fly 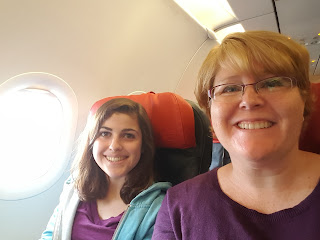 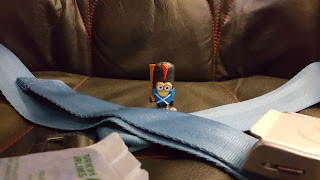 Stewart is getting buckled in. 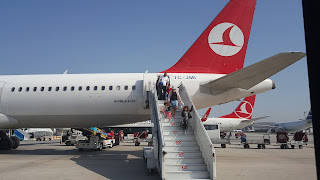 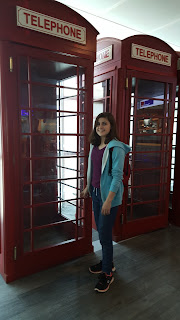 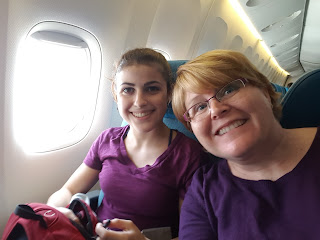 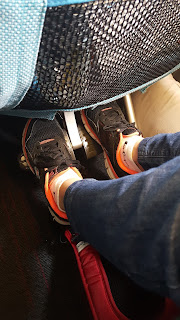 Foot rests on the flight. Makes things so much more comfortable for us shorties. 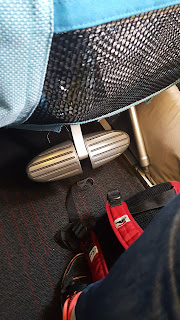 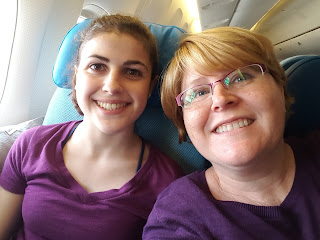 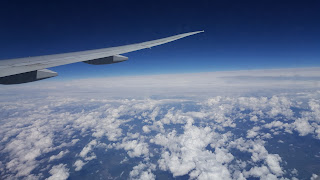 We chose #1. Turkish Airlines is amazing with food allergies. The airplanes are generally quite comfortable and the staff is very pleasant.

However. The world is crazy and had extra security measures in place. When we took our second flight from Istanbul to London, no electronics larger than a standard cell phone were allowed to be carried on board the airplane. We were lucky and only lost 2 cell chargers. Others were not so lucky.
The airport in Istanbul is a great place to sit back and be amazed at the diverse people who pass through there. We saw people from Africa dressed in traditional clothes. People either returning or going to Hajj. LOTS of Chinese tourists passing through. They have done a lot of work to the airport and made great improvements to making it more comfortable for travelers.

Finally we were on our way to London!
If you have never been at the Heathrow airport, it is MASSIVE. They have signs letting you know that it will be a 17-20 minute walk to get from point A to point B WHAT!?
We had a goal to be at our hotel by a certain time and out to our first stop that night. So we needed to hustle. 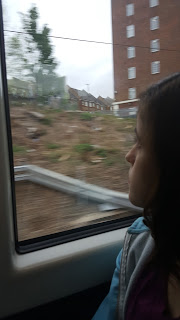 First things first, Heathrow Express to Paddington Station. It's a very quick 15 minute ride. I planned on walking to our hotel from there as on the map it claimed to be a quick 15 minute walk. One thing I learned quickly is that 15 minutes usually means 25. We were still going on adrenaline from the excitement of finally being there, so it wasn't so bad. 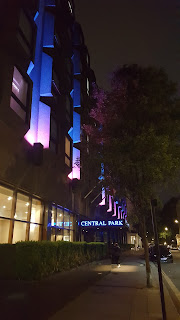 We got to our hotel Central Park Hotel-Hyde Park  The receptionist apologized and told us that although we requested a higher floor, all they had at the moment was a basement room. BUT they said they would switch us the next day for a higher floor. We dropped our bags and ran to get our Oyster Cards to use on the tube. Our first stop was Decathlon. This is like a huge Wal-Mart for sports wear. Everything is so cheap! We got there at 6pm and spent 2 1/2 hours there before I was ready to die. Back on the tube and home to deposit our goodies and off to dinner. We found Bella Italia Queensway down the street from us. We managed to find something safe for Lena to eat, stuffed our faces, grabbed some snacks for the next day at Sainsbury local and went back to the hotel to sleep. 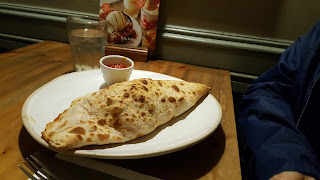 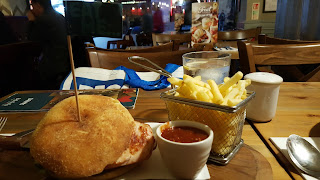