Our final day in London.

With Lena's love of all things Tudor we had to include this place in our tour of London. We are actually heading outside of London to Hampton Court Palace! Home to King Henry VIII.

This trip took a little bit of traveling, a tube ride to Waterloo Station, then an above ground train to Hampton Court. It took about an hour travel time.

Hampton Court is just a few minutes walk away from the train station, so super easy to get to. It was amazing to imagine hundreds of years ago the royal barge floating down the Thames and reaching the Palace. I honestly didn't know what to expect. We watched documentaries on HCP, but it's never the same as going and exploring it yourself.

When you arrive, you get directed to the ticket sales. The line was fairly quick. The clerk informed us that today they were filming on location a period piece staring.... Emma Stone, Rachel Weisz and Nicholas Hoult. The movie is The Favourite . I nearly lost my mind. I was so excited and really hoped to see one of my favorite movie stars while we were there. 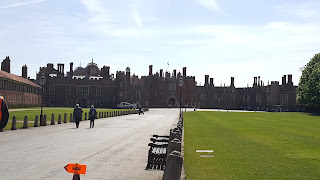 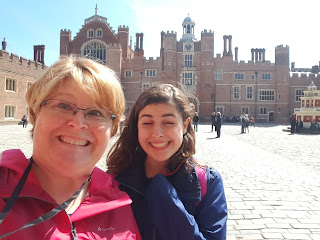 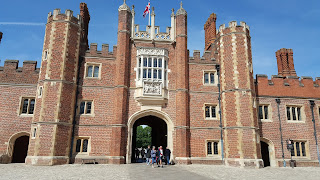 When we entered we were greeted by this wonderful man Sir Thomas Seymour, who began to weave a tale of love. His love of Catherine Parr, and her subsequent engagement to King Henry VIII. 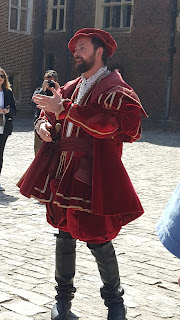 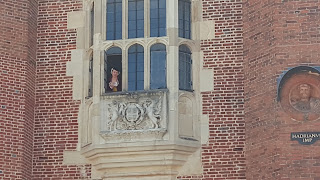 There she is up in the window! 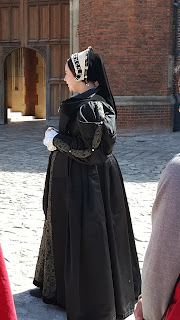 And here is her sister Anne. 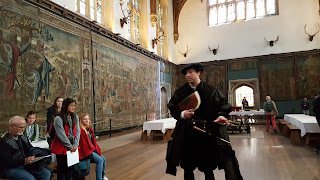 We have been brought into the great hall. 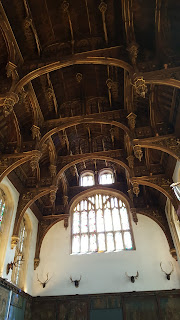 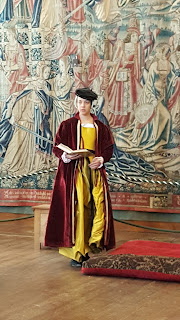 Here is Catherine Parr, she has just been told that the King wants to marry her. 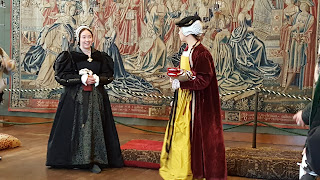 She must decide between marrying King Henry VIII or Sir Thomas Seymour. 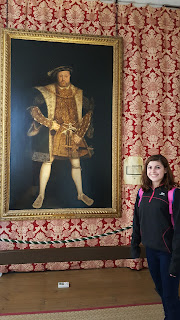 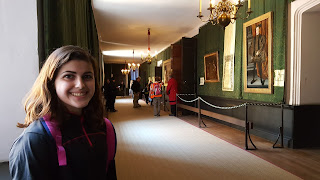 Lena kept waiting for the ghost of Queen Catherine Howard to come running past. 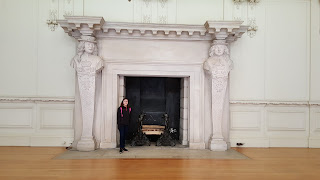 Look at the size of that fireplace! 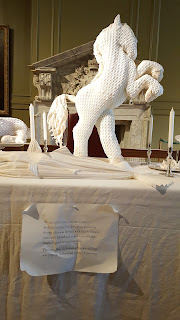 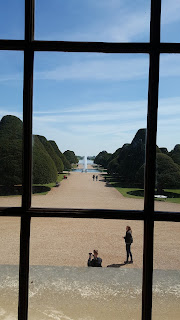 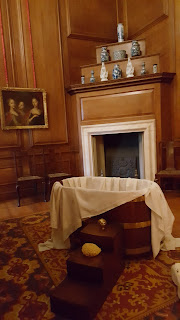 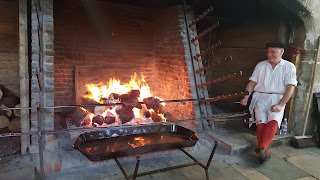 In the kitchen turning the spit. 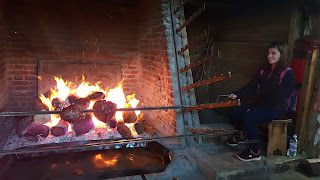 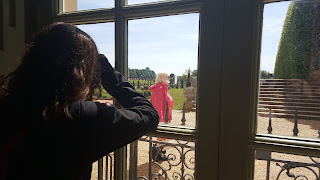 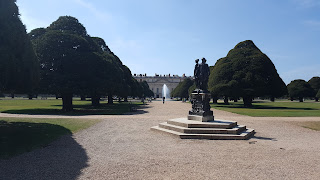 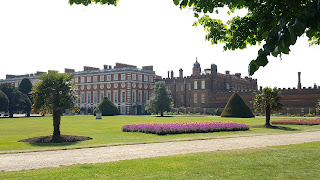 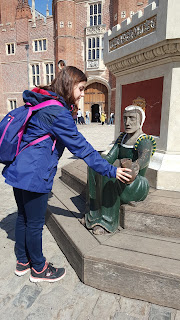 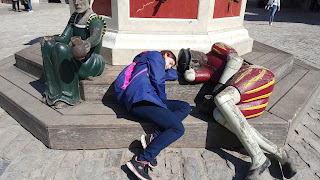 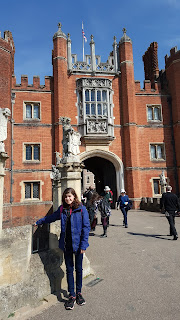 One last picture. It had really warmed up that day, the sun was in Lena's face, screaming take the picture! I can't seeeeeee!

After some sad goodbyes, we headed back to the train station. 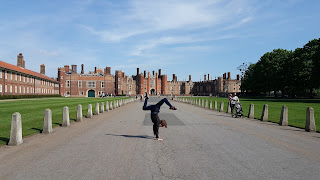 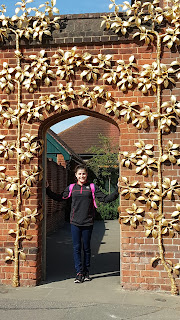 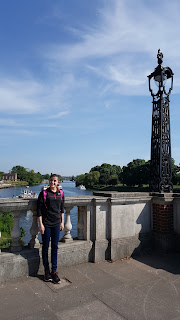 Tomorrow we will leave this great city and leave with a lifetime of memories, and not one celebrity sighting!